0
You have 0 items in your cart
Go To Shopping

Aislin Jones is Australia’s youngest ever shooting Olympian. Living in Lakes Entrance, in eastern Victoria, she trains in Bairnsdale at either Bairnsdale Clay Target Club or Bairnsdale Field & Game.

Aislin began competing in Field & Game Simulated Field events at 12 years of age, and took up competitive American Skeet shortly after that, when she commenced coaching with Australian Olympian Lauryn Mark.

Late in 2014 Aislin made the transition to ISSF Skeet with a goal of competing at the 2020 Olympic Games in Tokyo.

Competing in ISSF Skeet has seen her travel to countries such as Germany, Italy, Russia, Mexico, Azerbaijan, and Brazil to compete in multiple multiple Junior World Cups, World Cups and Junior World Championships. Aislin realised her Olympic dream 4 years earlier than planned, making the Australian Olympic Team for Rio in 2016.

She was the youngest individual athlete on the Australian team and the youngest of all of the 390 international shooting athletes at the Rio games. Since then she has represented Australia at the 2017 Junior World Championships finishing in 4th, and placed 6th at the 2018 Commonwealth Games on the Gold Coast. She won Gold at the ISSF junior World Cup in Sydney in March 2018 – shooting two junior world record scores. She is currently ranked number 1 in Australia in Women’s ISSF Skeet and is the current Women’s ISSF Skeet Australian Champion.

Aislin has been shooting in BEST jackets since meeting Kevin Jones at the Nationals at 14. BEST made their first Olympic team vest for Aislin for the Rio Olympics, and made vests for the Australian Commonwealth Games Team in 2018 for the Gold Coast Games.

We asked Aislin what she loves about BEST vests.

“Well firstly, I love having my own personalised design that is unique to me! The Barramundi leather shoulders attract a lot of comments, especially when I’m overseas and it really makes my vest a bit special.”

“Other than that though, I love the way my vests fit, and the effort that Mel and Kevin put into making such a great product. They really understand what I need and they go out of their way to make it just right. 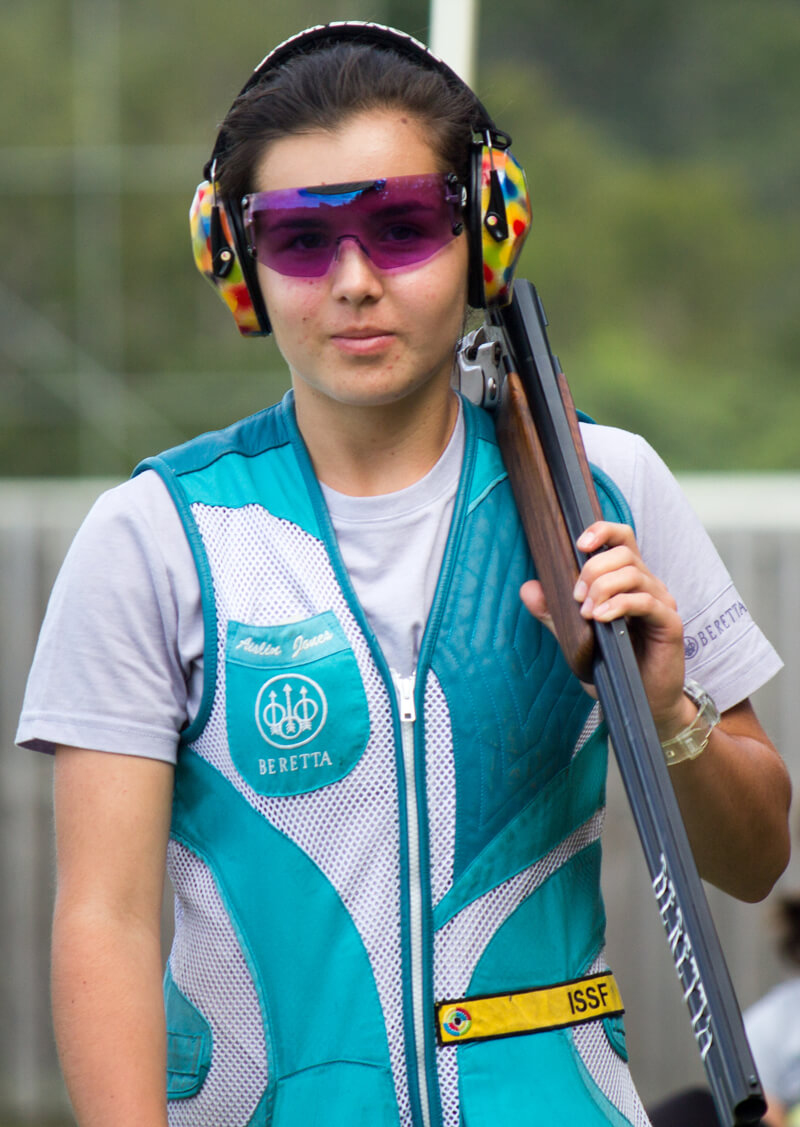